Like all central banks, Bank of Jamaica’s (BOJ’s) communication efforts continue to evolve for the better, highlighted lately with the significant expansion of our communication channels via digital and traditional media. Especially in the area of monetary policy, our communication content and delivery has improved significantly over the years and in the last decade in particular.

In somewhat of a landmark indication of where we have reached so far and where we intend to go further, BOJ published its freshly-written Monetary Policy and Financial Stability Communication Strategy in November 2018.

It is perhaps fitting, then, that the Bank’s biggest-ever and already most-acclaimed communication initiative speaks to the heart of monetary policy.

The mandate was as clear as it was intimidating:

In the context of Jamaica’s ongoing economic reform programme, BOJ’s desired shift to full-fledged inflation targeting was to be the most important and ambitious project the Bank has ever undertaken, and so needed a sensitisation/communication campaign above and beyond anything the Bank has ever done before. In addition, since inflation affects everybody, is affected by everybody, is everybody’s business, and the Bank wants everybody to understand, the programme could not cater simply to a core audience of those who follow finance and economics, but must instead target every single living Jamaican.

In response to this demanding mandate, what emerged was a fun, boldly innovative campaign that is original in its outrageous creativity – especially by central bank standards.

The planning began in late 2018, in the form of Communications working closely with Research to ensure that the communication elements of the plan justified the economics behind it and remained true to BOJ’s monetary policy ambitions. This culminated in a 44-page strategic communication plan entitled “The Pivot to Inflation Targeting.”

As the title subtly suggests, the carefully crafted campaign is partially a pivot to take Jamaica’s fixated attention away from the exchange rate and towards inflation. It therefore integrates seamlessly on multiple fronts with BOJ’s ongoing FX market reform and future monetary policy ambitions, as well as Jamaica’s overall economic reform programme.

In December 2018, BOJ formally launched the revolutionary communication campaign – the likes of which has never before been seen in central bank circles – which went globally viral via the Bank’s Twitter account in a matter of weeks.

The campaign became famous for a series of videos, but is much more. It started with radio jingles, featured on six radio stations, plus a print campaign in both major local newspapers plus a children’s newspaper, in addition to over 20 digital billboards island-wide, while the videos ran on two local TV stations. There are also plans to take the campaign into primary schools via e-learning. 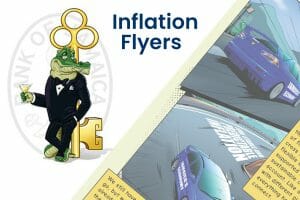 In addition, the predominant reggae theme of the campaign got the attention of the music industry and enabled BOJ to become the first central bank in the world to showcase an economic message at major music festivals, with our inflation ads displayed on jumbo screens at Reggae Sumfest 2019 and Rebel Salute 2020. 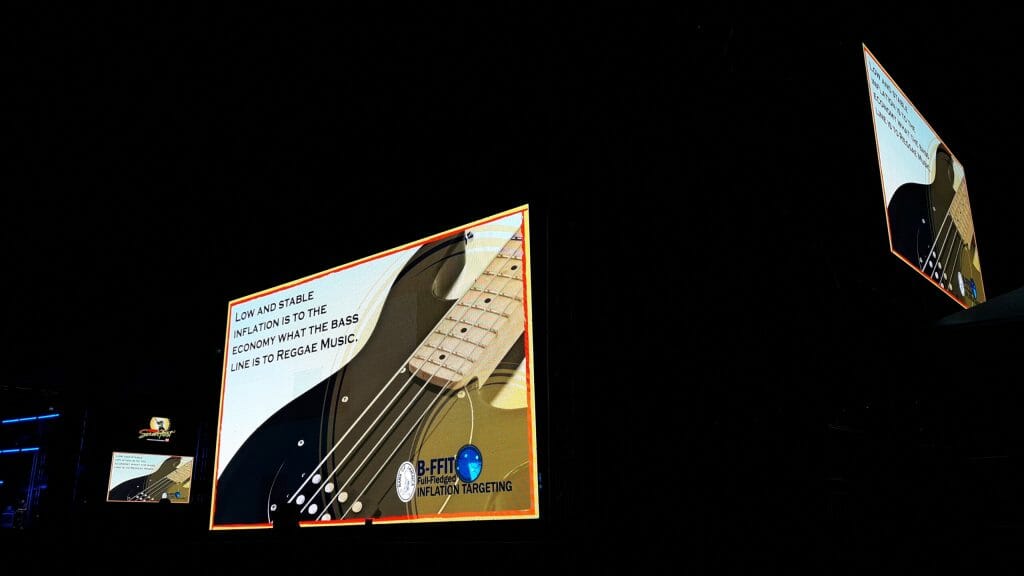 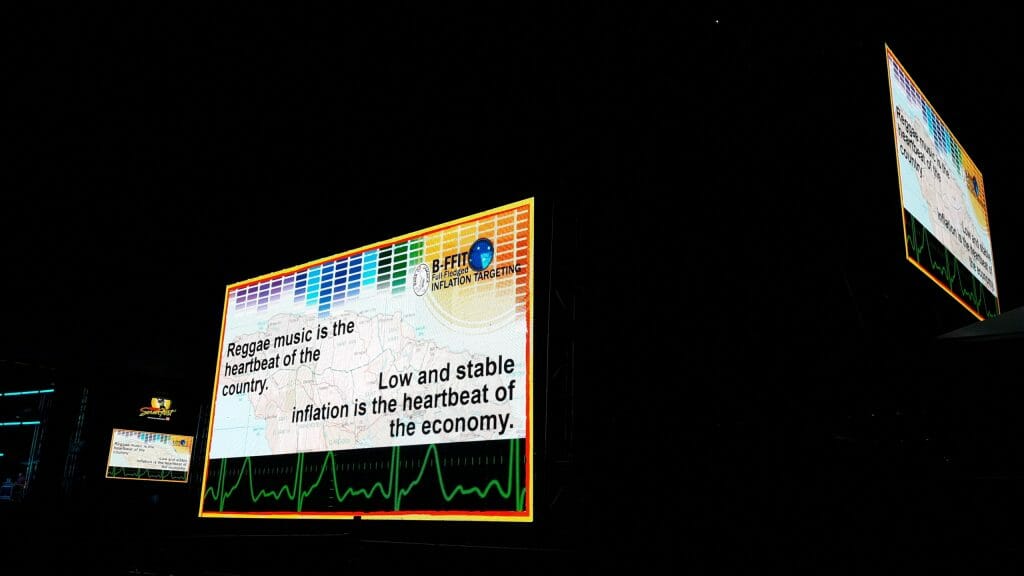 All the videos, jingles and print ads are showcased on BOJ’s social media accounts in a happily reciprocal relationship – the innovative message is great content for the platforms and the platforms help spread the message. Combined with the deft management of the Twitter account in particular (regarded by many as the best central bank Twitter account in the world and one of the best corporate social media accounts in Jamaica) the campaign has helped earn BOJ unofficial titles like “the real BOJ” and the “world’s coolest,” and “most lit” central bank.

Despite the contrary impression given by many international news reports, the campaign is not ALL reggae infused and does dabble in other areas of national interest, like sports, but in tailoring clear, simple messages primarily for a Jamaican audience, reggae became the obvious and preferred vehicle to effectively strike a chord. On top of that, the stroke of genius, and anchor of the campaign, came with the landmark analogy, “Low, stable and predictable inflation is to the economy what the bassline is to reggae music.” 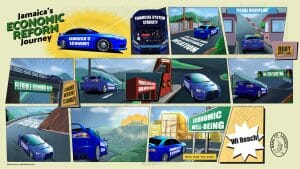 Roughly, the campaign has three main areas of focus, which have simultaneously progressed sequentially as well as deliberately overlapped:

The initial but permanent phase is simply about getting and holding public attention, which is the main role of the videos, jingles and print ads. The second phase is capitalising on that attention to explain the basic concepts of inflation and BOJ’s related policy positions by all available means, but preferably face-to-face when possible. The third phase is explaining the actual technical process of inflation targeting and the policy decision process.

Technically, the ongoing campaign is still in the initial phase, but has already started the explanation process involved in the second, highlighted by the premiere of the Demystifying Inflation Economics Seminar Series in June 2019. In another first, two world-class panels of economists were gathered, not to talk to each other and to other economists as usual, but to talk economics and explain inflation to members of the general public, in clear, simple language without a single equation. In keeping with the bold and unconventional nature of the campaign, both seminars featured a live band, again unlike any other economic seminar in history!

With the increased demand for spokespersons in mind, the programme’s latest innovation has been the introduction – brought to life from the unique BOJ logo – of the affable Croc O. Doyle character, a suave secret agent with a license to target inflation, who has the capacity to carry a serious message while being more fun and engaging than any central banker can ever dream of being!

The Bank’s Communications and Research teams remain focussed on what is a long term campaign directed mainly at a Jamaican core audience, but have been unable to escape an avalanche of international attention and accolades, including, flatteringly, from other central bankers. While we try to avoid being carried away by the distraction, we are nonetheless very grateful that the campaign has attracted a lot of positive international attention, not only to BOJ, but to Jamaica.

The campaign has so far been covered by more than 25 international news outlets, some more than once, including CNBC, MSNBC, Bloomberg, Billboard, Bloomberg TV, AP, NPR, Yahoo Finance, Quartz, the Financial Times, and the Wall Street Journal, plus several economic trade publications, and in addition to the US, UK and Canada, has made news as far afield as Australia, South Africa, Russia and the Ukraine.

In addition to kudos from numerous global central bankers and economists, the campaign has been publicly endorsed by the IMF, the IADB, and Jamaica’s Finance Minister and Prime Minister.

Further validation came in February 2020 when it was announced that the campaign had claimed the global award of Best Communications Initiative in the annual central banking awards staged by Central Banking Publications.

IMF Managing Director Kristalina Georgieva giving special recognition to Jamaica at her first address to the annual meetings of the boards of governors of the World Bank Group (WBG) and the International Monetary Fund (IMF), October 2019.