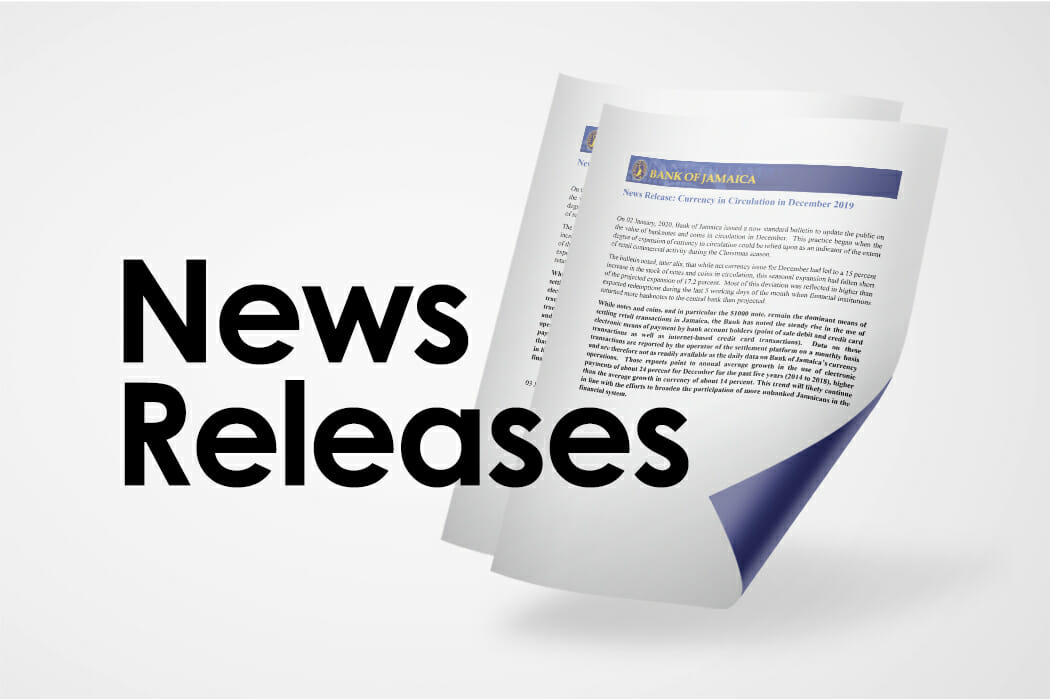 Bank of Jamaica (BOJ) is pleased to announce that it has successfully completed the Central Bank Digital Currency (CBDC) pilot.

In March 2021, BOJ announced that it was testing a prototype central bank digital currency with vendor eCurrency Mint Inc. in BOJ’s Fintech Regulatory Sandbox. This was followed in May 2021 by the commencement of an 8-month long pilot which ends today, 31 December 2021.

The scope of the CBDC pilot was limited to wallet providers who indicated their readiness to participate within the scheduled timeframe. National Commercial Bank (NCB) based on the extent of their experience in the Sandbox came onboard with BOJ to test the range of services to be offered using the CBDC solution.

Success of the pilot project was dependent on whether a central bank digital currency along with the attendant technology solution could be successfully implemented in Jamaica. Several activities were targeted and completed during the pilot.

Activities Targeted and Completed During the Pilot

The National Roll-Out of the central bank digital currency (CBDC) is scheduled for 1st quarter 2022 whereby: