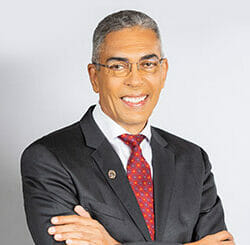 Prior to joining the Bank Governor Byles has had a career spanning over 40 years in the private sector in the areas of business and finance and is one of the most accomplished corporate leaders of his generation. He has served as Council Member at the University of The West Indies, Vice President of the Private Sector Organisation of Jamaica and on many company boards.

He is also an inductee to the Private Sector Organization of Jamaica (PSOJ) Hall of Fame, and an awardee from both the Observer and Gleaner publications for his work as a private sector business leader.

Mr. Byles is married to Jacinth and has two sons, Pavel and Yannick.