The law specifies that the functions of the Bank include, (a) to formulate and implement monetary policy; (b) the implementation of prudential and macro-prudential policies; (c) to issue and redeem notes and coins; (d) to hold and manage the external reserves of Jamaica; (e) to foster the development of money and capital markets in Jamaica; (f) to act as banker and financial agent of the Government; and (g) to act as banker to deposit taking institutions.

In carrying out its functions the Bank is mandated to do so with a view to achieving the principal objectives and to do so in a manner that recognizes the growth and employment objective of Government. The achievement of these two main principal objectives of the Bank is critical to the attainment of sustainable growth in the Jamaican economy, as captured in our mission statement. 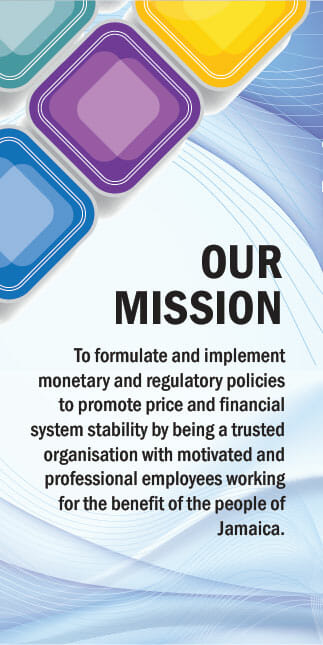 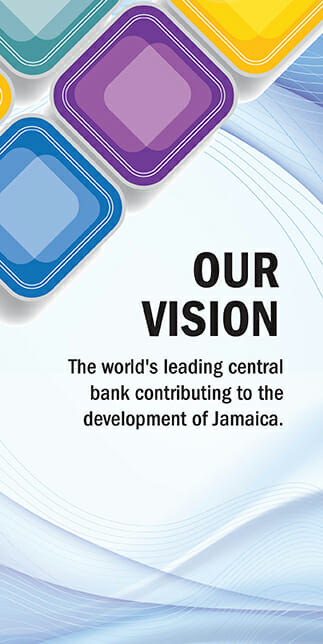 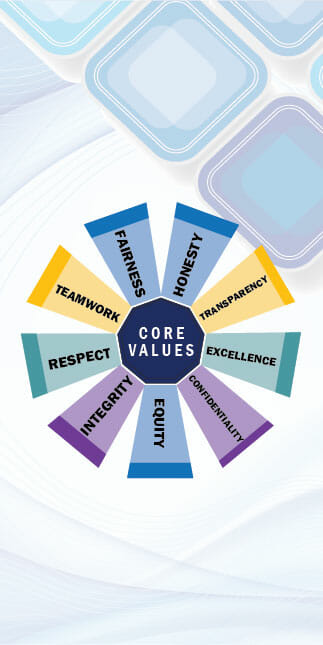 In formulating monetary policy to achieve this target, the Bank takes into consideration all prevailing and prospective developments in the international economy and domestic economy. A decision to change the stance of monetary policy is reflected in changes in the Bank’s policy rate which is the rate paid on deposit taking institutions’ current account balances at the Bank.

Financial System Oversight
BOJ has supervisory and regulatory oversight of commercial banks and other licensed deposit-taking institutions. As such, it routinely monitors their compliance with all the relevant legislation and regulations to ensure the highest level of prudence and integrity in their management. The Bank’s overall responsibility for financial stability is supported by micro- and macro-prudential assessments, which are underpinned by the results from early warning systems and risk models.

Other Responsibilities
In addition to the Bank’s two primary roles of Monetary Policy and Financial System Oversight, we are also responsible for: